Why you should open shop in Winnipeg

So what if Winnipeg was compared to being as cold as Mars? Or if the coldest temperature recorded was -47.8 C. Or if we are home to the longest skating rink in the world that freezes naturally. Winnipeg is the city that everyone loves to hate, but that hatred is purely based on our winter temperatures. Take that away, and Winnipeg is a great city. If you can get used to the odd chilly day, then I suggest you find a business new to Winnipeg and open here. Winnipeg opportunities are a well-kept secret of which more people should take advantage.

I was raised in Winnipeg but am currently attending university at UBC in Vancouver. When I finish my degree in two years time, I’ll have the option to move back to Winnipeg in order to start a business, or instead, stay in Vancouver and open there. As to what business I plan to open, I’m not exactly sure yet – but I’ve always been hoping for a bagel shop to open in Winnipeg, and if you want something done then I guess you have to do it yourself. It may surprise some to know that my plans are to move back home, but I plan to explain why in the following blog. 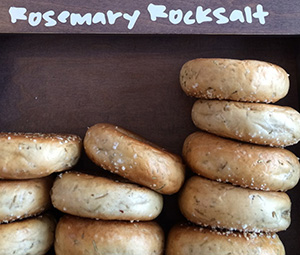 Let’s use my idea of a bagel shop as an example. I just did a quick Google search of “bagels Vancouver” and it returned with countless results. From the famous “Siegel’s Bagels” to the quaint, unknown bagel cafes – Vancouver has it all. From my personal experience, bagels are the go-to food for any time of day and for any occasion. I’ve gone for bagels for breakfast, lunch and dinner; whether I was meeting a friend for coffee in the morning or having a craving at 2am and decided to quickly drive to Siegel’s (yes they are open 24/7) to get their Rosemary Rocksalt bagel toasted with cream cheese (by the way, their cream cheese is sourced from Winnipeg). As such a versatile and popular food, why hasn’t Winnipeg jumped on this band wagon yet? I replaced “Vancouver” with “Winnipeg” in my Google search, and surprisingly there were a few hits (who knew!) – but none that I’ve ever been to before or even heard of. I think it’s time that Winnipeg opens more bagel shops – and I suggest anyone reading this to hurry and do it before I graduate. I’m literally handing you a million dollar idea.

If you don’t believe me about this – let’s take an example of an industry that came to Winnipeg last, after being almost everywhere else already: frozen yogurt. Winnipeg was last to the party with respect to frozen yogurt and it was very frustrating to any of us who travelled to other cities and recognized this lost opportunity. Like bagels, it was an idea staring all of us in the face, yet nobody took the bait and jumped on it. Well I guess someone eventually did, and look at how well that worked out for them – don’t you wish you had thought of opening frozen yogurt a few years ago? Now we have Tutti Frutti and Menchies (all of these store locations thanks to Shindico, by the way). Tutti Frutti was the first self-serve frozen yogurt brand in Winnipeg, and they are already working on opening their fourth and fifth locations. Menchies was next with their two locations. (FYI, this was my idea too – and look how well it worked out).

I found this to be the case in many different scenarios. Winnipeg is a little late on some major trends, and while that may be annoying for some (my friends and I who want to have something new to do), it is a blessing for those entrepreneurs who want to open a business here. Whether it be niche coffee shops, contemporary and trendy bars/clubs (this is a huge one), or new concept outdoor patios, Winnipeg could use a little upgrading with something new.

Winnipegers are craving new and different. Give them that, and I promise you will have a successful business. Now excuse me while I watch a YouTube video on how to bake the perfect bagel!