It’s an exciting time to be a Winnipegger, as our city seems to be going through a renaissance. Iconic buildings have been built over the past 10 years including the MTS Centre, the Manitoba Hydro tower, and the new Canadian Museum for Human Rights. The Museum has added a nice touch to the city skyline that had been missing.

Other investments that have been made recently in Winnipeg have included: the James Richardson International Airport, the Investor’s Group CFL stadium, three Hilton and two Marriott hotels, IKEA setting up shop and the expanding RBC Convention Centre.

Development is continuing to heat up, as Winnipeg could be adding its first significant skyscraper to its skyline. I hope they build it (SkyCity) – it’s the kind of project that has never been done here before and would no doubt be good for business downtown and for the city’s economy as a whole. In addition, True North Sports & Entertainment may be developing a few parcels of land on Carlton Street, in a $400 million mega-project dubbed “True North Square” that could involve a hotel, an open public square and commercial and residential space.

CentreVenture has done a great job in spurring development in the downtown core – they effectively expanded their territory and I think they have done a good job of getting things done during a slow period of downtown growth. They should serve as a case study for the entire city because the issues that were initially faced by the downtown core are now starting to affect every corner of the city. Perhaps their mandate can extend to the perimeter highway as advocates for growth are needed by the taxpayer. 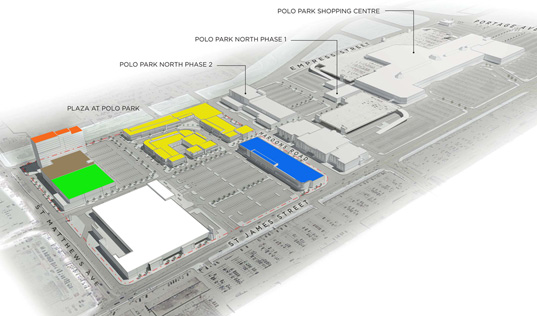 Shindico is excited to be adding some new developments in several prominent areas. Partnered with Cadillac Fairview, our newest, The Plaza at Polo Park, is a 600,000+ sq. ft. development adjacent to Winnipeg’s busiest shopping centre, Polo Park and new retail development, Polo North (Marshalls, Bed Bath & Beyond, Mark’s, Atmosphere, and Destination Maternity, Cora’s). The development will also feature “The Outlets at Polo Park”, with 150,000 sq. ft. of small shop retail. The Polo Park area is dominated by large national retailers and serves shoppers from all over Manitoba and Northwestern Ontario.

East Winnipeg is also going through exciting times as its newest development; Shops of Kildonan Mile will bring over 340,000 sq. ft. of new retail to the heart of East Winnipeg’s dominant shopping hub. The Regent and Lagimodiere node is the largest shopping destination in East Winnipeg with over 3 million square feet. Thousands of new single and multi-family homes have been approved and are already under construction in the immediate and surrounding areas. 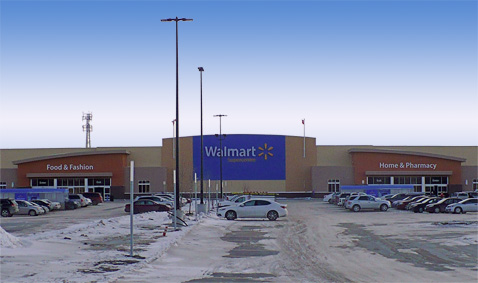 Grant Park Pavilions is a mixed-use, amenity-rich development – anchored by the newly opened Walmart Supercentre. The Pavilions will provide a variety of options to live, shop, work and play, all in close proximity. Grant Park Pavilions will apply the latest in sustainable features and construction techniques, providing a range of transportation and access options (pedestrian, transit, vehicle).

We are seeking office users for the proposed LEED certified buildings, as well as residential towers with amenities, to make this one of the most walkable infill developments in Winnipeg’s history.

At Shindico, we constantly strive to offer our clients innovative and effective business solutions with superior service that sets us apart. Because we succeed by helping you succeed.